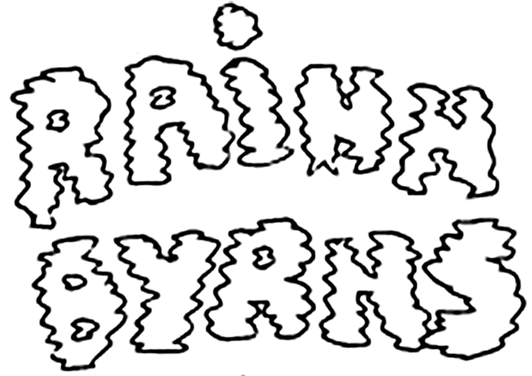 Crappy-go-lucky indie slacker Rainn Byrns wears his heart on his sleeve with this debut album – self depricating, fun & heartfelt view on early adulthood & how to survive it. Analogue lo-fi at its finest!

Digital / Vinyl / CD
(please include above link in any coverage)

Having teased the public with his songwriting prowess in recent years on a handful of choice single releases and his Country Living EP, Texas born, Swindon bred South Londoner Rainn Byrns now comes with his debut album New In Town – a treasure trove of lo-fi indie gems that express in intimate detail the songwriter’s crappy-go-lucky take on life, relationships & navigating his way through early adulthood. With genuine honesty, Rainn shows us round his house of desires, insecurities and emotional baggage that many would prefer to sweep under the carpet.

The artwork shows a fresh-faced Rainn on the day he left home, a naïve dreamer full of hope. New In Town, the album’s title & showtune-esque opening track, sees country boy Rainn entering unfamiliar territory. Hopeful and naïve to start with, the song slowly devolves into turbulent self-doubt – the curtains now drawn back, he faces the cold reality of the city he finds himself in. Next up is the 2nd single from the album; Big – a song about coming to terms with arriving in a city much bigger than you & working in a dead-end job while others seem to be ‘making it big’ and for Rainn, a reality check about how bashing your head against the wall over success can take you away from being in the moment & enjoying the journey you’re on.  “Music has a lot of purposes” says Rainn “but on Big I’ve got a fair amount off my chest, airing the frustrations I’ve felt in the process of creation and that thief of joy, self-comparison!” Then a recut of his first ever release How Can I Get You Out Of My Life about moving on from relationships & cutting out the toxic elements in your life. Rainn explores themes of self-doubt in I’m Her Man where he finds himself feeling undeserving of such a great partner – “I might not look it but I really am her man!” Closing side one (of the vinyl), House melancholically expresses the eternal desire to become a home owner, with the knowledge that it may never come to be, singing “I know there is a place out there for me, reserved under the name of Rainnie B” – nuff said!

Kicking off Side B, on Never Ending Story, Rainn dreads the idea of endless repetition on a daily basis only to turn that on its head in the chorus where he tells himself to lighten up and look to the positive. As the tempo drops, further observations on the human condition are found on the trippy Big Boy Boots – a phrase coined by Rainn for when you may think you’ve got your life together & want to tell others how to live theirs; a realisation he made during a sober walk round city streets on a lively weekend! Third single off the album Tailspin, with its upbeat intro riff, lifts the mood somewhat but, as with much of Rainn’s songwriting, this is offset by a lyrical subject that deals with the more unsettling issue of seeking closure in relationships & the unease felt when things are left open-ended & unresolved. Following on, Rainn reminisces about earlier times in his life on Homeward Bound and how moving home several times in his youth has affected his ability to sustain relationships, while on Looking Glass, over a gentle bossa-nova, Rainn recounts how life’s memories are looked upon through rose-tinted glasses while dealing with the existential nature of the future. Leaving Town is a bookend to close the album that describes a retreat to the countryside away from all the noise and life of the city, reminiscing on all the times Rainn’s run away from a situation rather than face it.

New In Town was recorded at Rainn’s home studio in Peckham (known for its super-rich art scene), playing all the instruments himself & using only analogue recording techniques.

Rainn spent the early part of his life moving around the world & has absorbed a wide range of musical influences, citing Jonathan Richman for his honesty in his songwriting, Japanese artist & producer Haroumi Hosono for his astounding versatility, Lou Reed & Brazilian music from 1920s to 1970s as all key points of inspiration.

As well as singing & playing all the instruments on his self-produced recordings, Rainn has taken time to put together a band of like-minded souls to take his music to a live audience. Having eventually persuaded school friend Tom to join him on drums, he then met guitarist Felix after an evening of bonding over guitar amp lust & a love for lo-fi music. Lastly Nicole offered to stand in on bass when they were offered a sold out support for New Zealand legends The Beths. After learning the bass from scratch in just one week she decided to fully commit, & so the perfect live band was formed.

With his talent already recognised by The Line Of Best Fit, DIY, Dork, Hard of Hearing, So Young, Yuck, The Guardian + Radio X DJ John Kennedy & BBC 6Music’s Steve Lamacq, this ‘crappy-go-lucky’ character has an innate talent for writing from the heart with total honesty, even if it’s a bit ugly sometimes, catching a mood that can be full of sadness but equally hopeful.

With a debut album that’s jam-packed with melodies & Rainn’s on the nose lyrical delivery, we think it’s fair to say that this highly individual artist has arrived – yeah that’s right, he’s new in town!