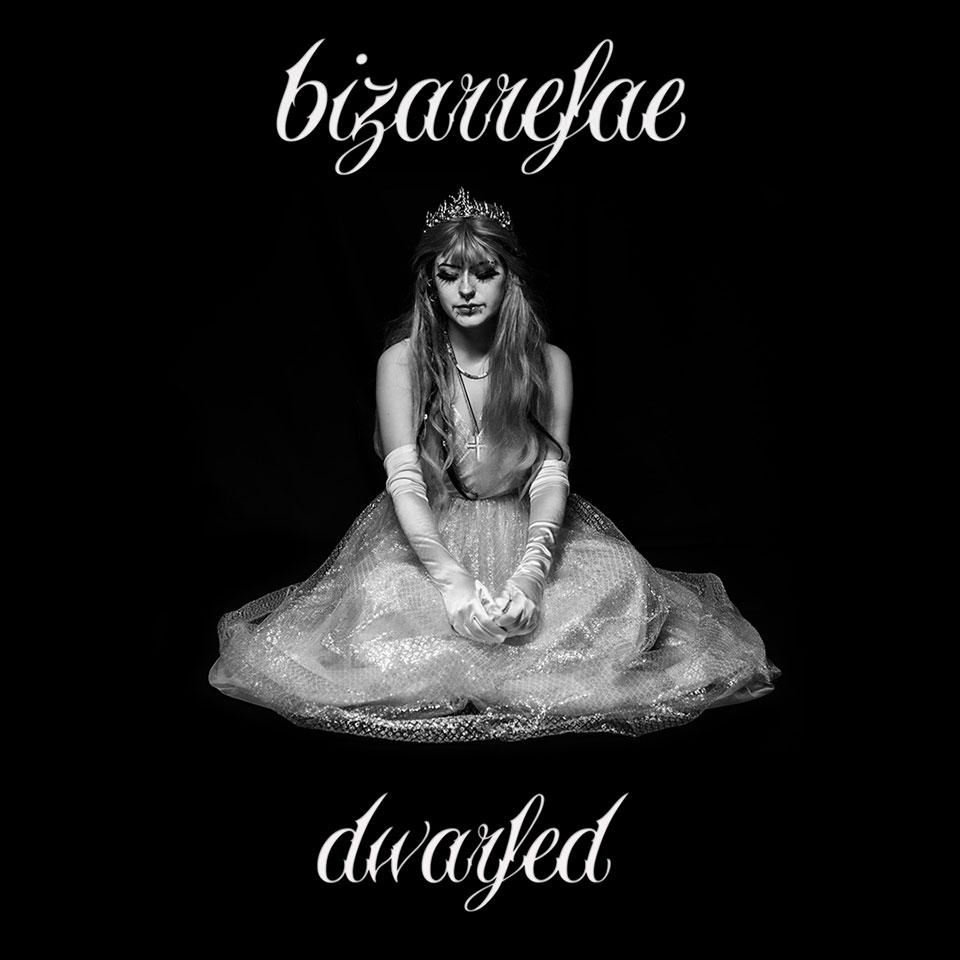 Emerging from an isolated existence during lockdown comes the new musical persona Bizarrefae – a non-binary anti-folk / punk project located somewhere deep within the heart of the woods to please the ears of the ‘fae’.

The first release from this enigmatic artist is the track Dwarfed – an exposé of the tropes within the fairy-tale genre that romanticise abusive behaviour, gender stereotypes & co-dependency to easily influenced young minds.

Working with Hull’s top electro producer team Endoflevelbaddie, Bizarrefae began transforming the rough demos recorded during lockdown from their punk/folk roots into a modern electronic sound – the result being Dwarfed – a slice of pure alt-pop magic with an infectious beat and low-end drone over which central character Andromeda spits their defiant verse with a highly charged and poignant message. Bizarrefae says of the release “the aim of Dwarfed is to create a conversation about redefining the fairy-tale genre to focus more on empowerment, independence and fighting back against the patriarchy.”