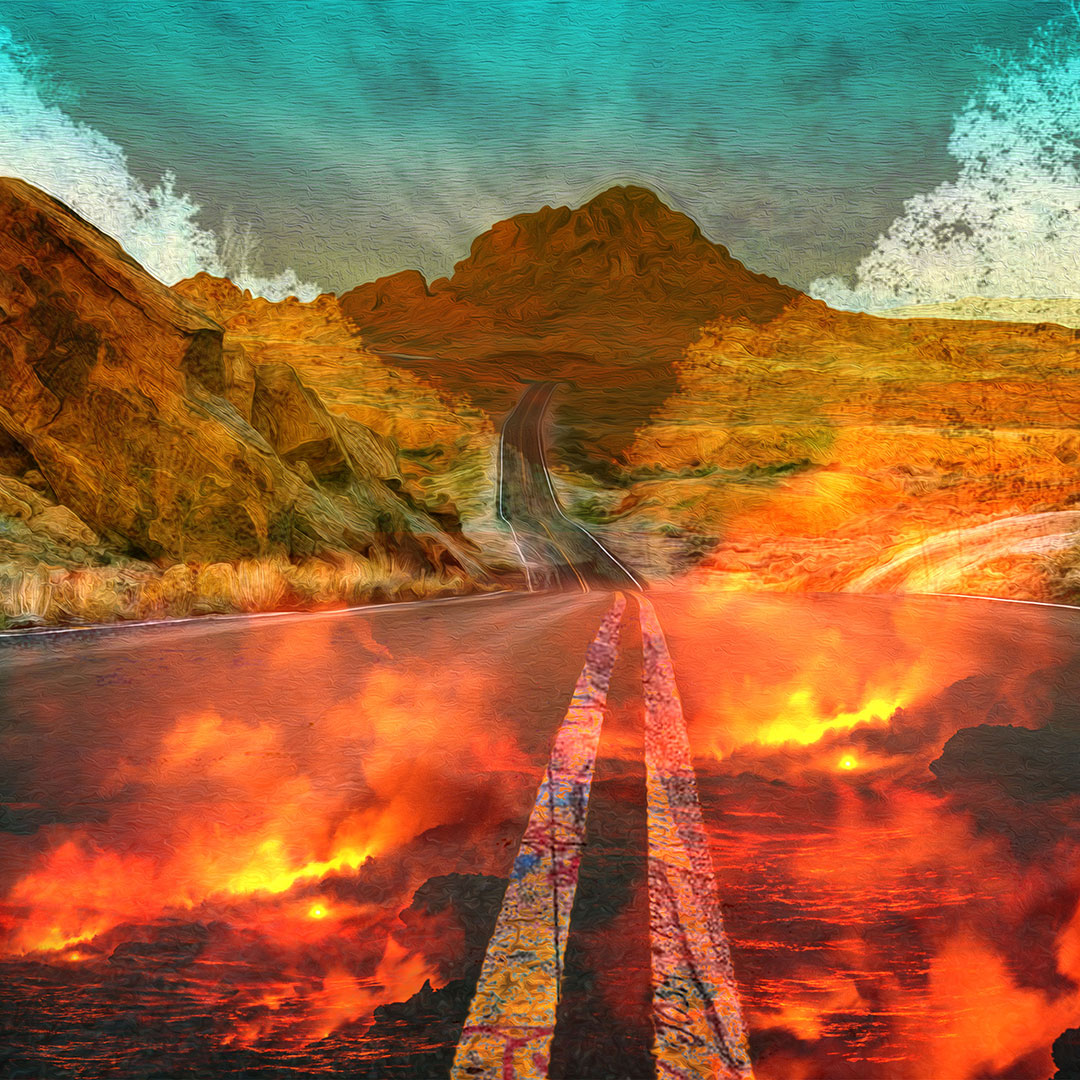 There’s a fire that’s been burning under the town of Centralia, Pennsylvania for over 50 years and may continue for another 250! It started as a waste dump fire before spreading to the coal mine under the town. Centralia used to be a town of 1,200 people but now only a handful remain – & although there’s toxic fumes & smoke coming from cracks in the ground, the last few refuse to leave, even after the local government offered to rehouse them!

Such is the story behind Centralia Sceptics Club, the 2nd single from London alt-rock band Mount Forel’s upcoming album Sub Rosa Stories – a collection of songs inspired by unusual and unexplained stories & theories from around the world.

Originally cut with a lighter psychedelic vibe at London’s Strongroom Studios, producer Jake Murray then saw the potential for a HEAVY version & encouraged the band to turn it all up! The result was this song that slaps you round the face for two minutes & then pisses off! “It’s definitely the rawest track on the album” says drummer Andrew Wakatsuki “and on the lyrical matter, I’m fascinated by the people who stuck around Centralia for years after their town was burning underground & the air constantly filled with toxic fumes. The residents’ distrust of the government, initially for allowing the fire to get out of hand in the first place, seems to have been channelled into thinking the government were trying to rehouse them in a different town so they could steal their coal – coal that’s on fire right under their homes!”