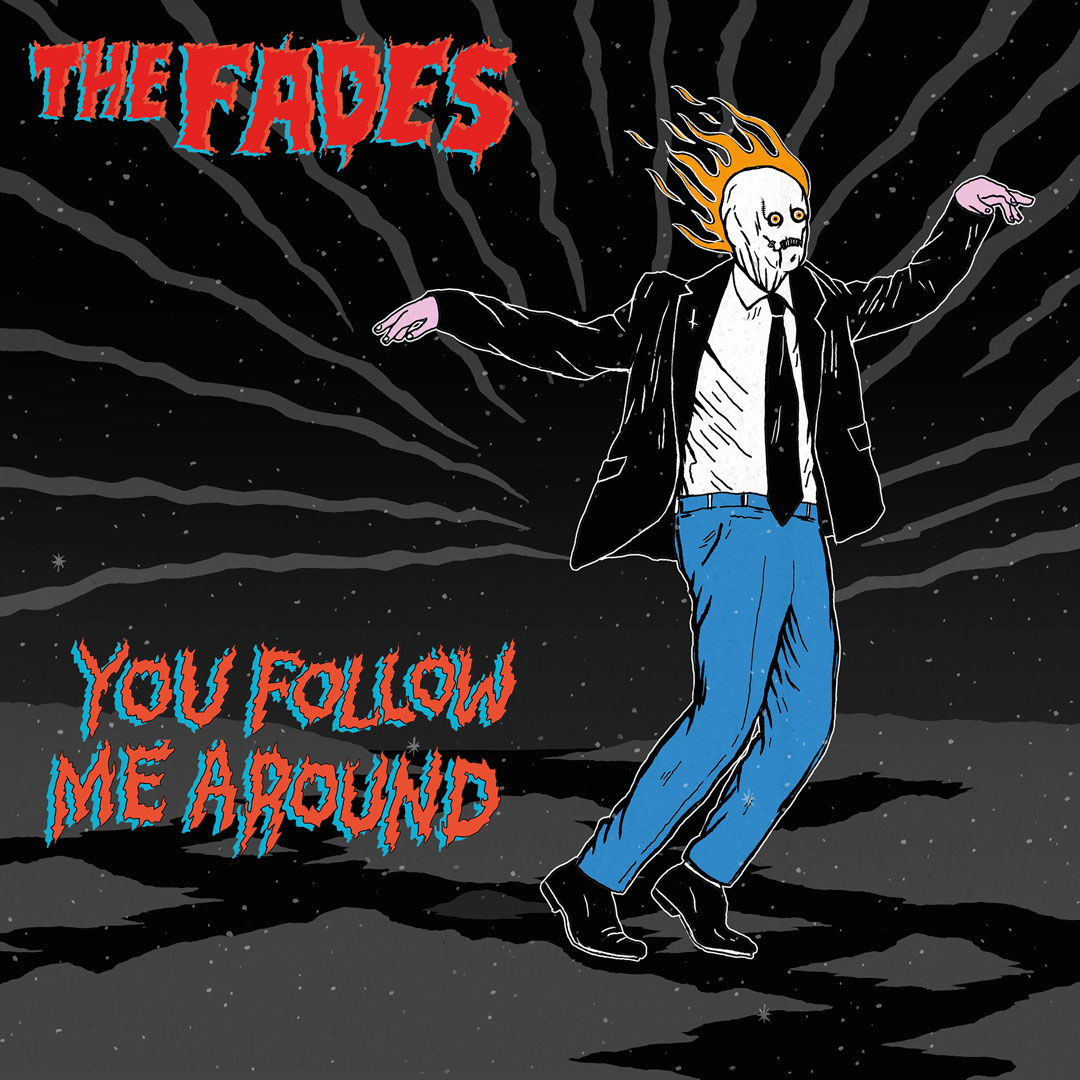 London based post punks The Fades are back with a new album – You Follow Me Around is the first cut from it & a taste of what’s to come on the LP. With DJs like Steve Lamacq, John Kennedy & Marc Riley supporting various releases & glowing write ups in Louder Than War, Fresh on The Net & alike, The Fades are a band who’ve consistently turned adversity to their advantage, finding the best in life while not taking themselves too seriously.

Recorded in Brixton, South London using an array of analogue equipment, You Follow Me Around is a raucous indie post-punk blast of alternative pop, recalling the time when lead-singer Dave Lightfoot was stalked by both an ex-partner & his own cat clambering for affection at home – a sort of dual experience of enforced attention from very different sources. “The song was written at a very difficult time when this ex-partner was seriously harassing me” says Dave. “It made me ill & I lost so much weight but in the usual ‘Fades’ way, I managed to make light of it by linking the song to my cat, who was also harassing me but in a much more loving way. Basically, I took the positive approach to a very stressful situation & then a song came out of it”.